For more than 20 years I’ve entertained food writers and chefs in my restaurants throughout New Zealand and worked alongside them in masterclasses, and they’ve often said they’d love to return the hospitality, says Brown. “I realised I had this archive of contacts, this little black book of opportunities, so I’ve contacted some of them and they’ve responded, wanting to roll out the red carpet.”

Brown has teamed up with OneNineFive event manager, Greg Norris, a specialist in corporate incentive and sports event travel, who currently manages ‘The Finest Cut’, the successful annual incentives programme for Gilmours and Toops.

"Greg and I are great mates and we’re going to give those joining us a real behind the scenes look in three incredible foodie cities", says Brown.

Farmerie heads the AvroKO Hospitality Group of restaurants and bars, including Michelin rated PUBLIC, and is a huge ambassador for New Zealand products, says Brown.  “He wants to do anything we can possibly imagine, he’s thinking outside the square.”

A barbecue in Central Park, after group members have been sent to source key ingredients from the delis and specialty shops, is just one possibility.

Then there’s Ruth Reichl, award winning culinary author and former restaurant critic (reportedly known for her ability to make or break a restaurant). “I hosted her recently at Depot and, having spoken with her, she said, let’s create a culinary walking tour of the lower side of New York.”

In Paris, famous charcuterie chef and writer Stéphane Reynaud (author of quintessential pork book Pork and Sons) is lining up to help. “We worked together at masterclasses in Sydney a few years back. As well as having restaurants in Paris, he raises his own pigs on the outskirts of Paris so a bit of rural time is also on the agenda,’’ says Brown.

In London, Brown’s good friend and Sunday Times restaurant reviewer, AA Gill and his wife Nicola have said, what can we do? Fergus Henderson, of St Johns Restaurant and known for his ‘nose to tail’ eating, and use of offal and other under-used parts, has also emerged from the Brown black book.

“We’re pinching ourselves about what we can do. It won’t just be the trip of a lifetime for our guests it will be a trip of a life time for me,” enthuses Brown.

Oh, and the rugby? The collaboration with an authorised sub-agent of Rugby World Cup 2015, means “Off the Bench” is an official supporters tour. Category B tickets have been secured to semi finals 1 & 2, the bronze final, and the all important grand final. 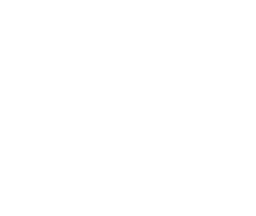